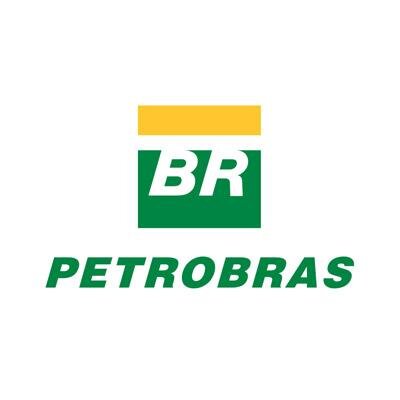 Investors are receiving notices this week in the Petrobras Fair Fund. The class consists of all persons or entities who purchased or otherwise acquired Petrobras common American Depository Shares (ADS) and/or preferred ADS during the period from March 1, 2010 through April 22, 2015, inclusive. If you want the burden of filing claims in this settlement, and in any of the other 35+ upcoming litigations, give us a call today at 312-204-6970.

Petróleo Brasileiro S.A., aka Petrobras, is a multinational oil and gas company that is mostly owned by the Brazilian government. At its peak, it was the sixth biggest company in the world, based on market cap.

In 2014, the Federal Police Force of Brazil began investigating black market dealers, known in Brazil as doleiros, who used small businesses like gas stations and car washes for laundering profits. “Operação Lava Jato” was supposed to be a routine case, yet very quickly it became not merely the biggest corruption scandal in the history of Brazil, but possibly the biggest corruption scandal in world history.

The first sign that the police had stumbled onto something bigger than the usual laundering job was when the doleiros said they were working for Petrobras executive Paulo Roberto Costa. Under questioning, Costa explained the quid pro quo: he and other Petrobras executives had been overpaying contracts in return for a cut of secret slush funds; contractors had formed a cartel to decide who among them would have the next turn in overcharging Petrobras. By some estimates, firms overcharged Petrobras—and therefore the Brazilian people as well as investors worldwide—by as much as $5 billion.

As Operation Carwash unfolded, Petrobras lost over $250 billion. The company’s American Depository Receipts (ADRs) fell from $50 in late 2009 to just over $10 by December 2014.

Dozens of companies and hundreds of leading politicians, business leaders, and Petrobras executives were implicated, with nearly 200 people indicted. Over $3 billion in overpayments were recovered before the Brazilian Federal Police shut down the investigation last summer—which is a scandal in itself.

In 2018, Petrobras and investors in the US settled a securities class action for $3 billion. This is the biggest securities settlement of the past decade, the fifth biggest in history, and the largest US settlement ever against a foreign entity.

As often happens in cases where a civil securities class action that involves corruption, US regulators also enter the fray. Here, the Securities and Exchange Commission ordered Petrobras to pay disgorgement of $711,000,000 plus prejudgment interest of $222,473,797. The SEC announcement on September 27, 2018 went on, “The Commission further ordered Petrobras to pay a civil money penalty of $853,200,000, subject to reductions of up to $682,560,000 and $85,320,000 for monies paid to the Brazilian authorities and the United States Department of Justice respectively, resulting in a post-reduction minimum penalty of $85,320,000.”

Petrobras eventually paid the reduced penalty to the SEC, and now, over three years after the civil class action claim filing deadline and seven years after the first cop staked out the first car wash, the claim forms are finally available.

How CCC Can Help

Investors who previously filed a claim in the original litigation are automatically included in this case. New claimants are eligible, and anyone wishing to amend a previously deficient claim are also eligible. CCC has a lot of experience reviewing deficiencies, amending claims, and even contesting rejections successfully. If you or your clients would like to file a Petrobras claim for the first time or amend an old one, then please let us know.

Deadline Is Soon for the $27.5 Million GreenSky Securities Settlement

Deadline Is Soon for the $27.5 Million GreenSky Securities Settlement

GreenSky, a lender whose market spans solar to healthcare and beyond, settles securities suit